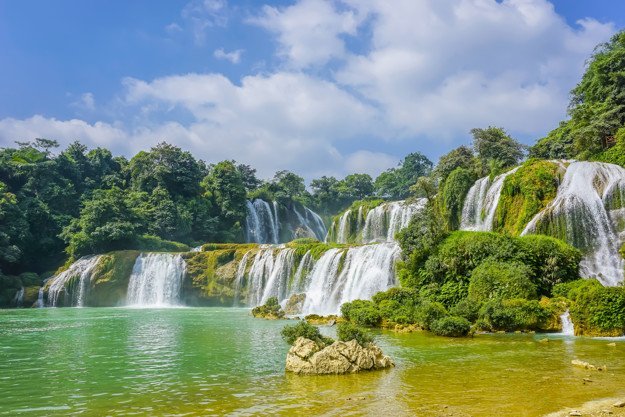 Originally published in March 2019
in an electronic journal in Japanese

The purpose of this essay is to survey the relationship between decision making and large-scale cerebral networks with regard to conscious access, a purported neural correlate of consciousness, and to provide clues for computational modelling and general understanding of the issue.  The author is involved in the whole brain architecture approach, which aims to develop human-like artificial intelligence by mimicking the architecture of the entire brain.  The approach would naturally be concerned with decision-making and certain aspects of consciousness in the function of the brain.

In computational neuroscience, simulations based on models are often carried out to interpret neural phenomena and to direct research.  Such modelling also provides clues for brain-inspired artificial intelligence development [Hassabis 2017][Kriegeskorte 2018].  Decision-making involves various brain regions and connections between them so that it would be useful to obtain an overview before getting down to detailed modelling of region function.

The issue whether ‘consciousness’ is involved in decision making has long been discussed in philosophy.  While this essay deals with “conscious” decision making, it focuses on a specific type of neural phenomenon involving cerebral large-scale networks to be explained below to avoid philosophical debates and ambiguity of the term “consciousness.”

Cerebral networks involved in decision making would include those involved in conscious access as well as those involving working memory, episodic memory, and reinforcement learning (operant conditioning). While there are ample findings on the relationship between each of those areas and decision making, it does not seem that we have an overall picture encompassing all of those areas. Thus, in summary, an overview of the mechanism based on the survey is presented.

It is known that there are several large-scale networks in the cerebrum.  The structure of networks could be elucidated by the anatomical investigation of neural connections and also inferred by observing the concurrence among the activities of brain regions.  The Central Executive Network (CEN), Default Mode Network (DMN), and Salience Network (SN) as well as the pathways in the perceptual information system are known as major cerebral networks [Menon 2010][Goldberg 2018].  The Arcuate Fasciculus, connecting brain areas related to language, and the Corpus Callosum, connecting the left and right hemispheres, are also large-scale networks. Below, CEN, DMN, SN and perceptual pathways will be briefly explained.  See Figure 1 for major areas of the cerebrum.

CEN mainly connects the dorsolateral prefrontal cortex (dlPFC) and the posterior parietal lobe.  Since dlPFC deals with external information, CEN is also considered to be involved in decision making based on external information.  CEN is active when solving problems relating to the exterior environment, being led by the PFC. The posterior parietal lobe contains areas that represent positions and motions of visual objects and is thought to be involved in spatial representation.

DMN mainly connects the ventromedial prefrontal cortex (vmPFC) and the posterior cingulate cortex (PCC), including the Angular Gyrus and medial temporal lobe.  DMN has been reported to be involved in internal conditions, the memory of the self, and social recognition [Menon 2010]. VmPFC, which is part of DMN, is thought to have the function of reward evaluation [Passingham 2012].  DMN is antagonistic with CEN: when one is active, the other is suppressed.

SN mainly connects the anterior insula (AI) (Fig. 2) and the anterior cingulate cortex (ACC), and is supposed to be involved in the detection of the occurrence of events and DMN-to-CEN switching.  SN may also control attention by selecting stimuli that are important for action, as it is directly connected to motor and (value-related) limbic systems. 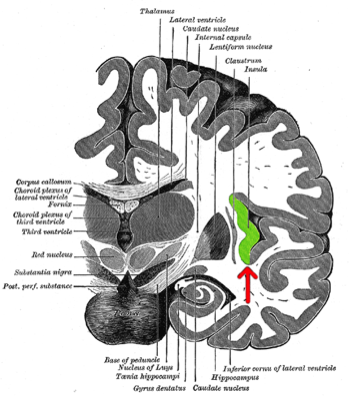 Figure 2. Location of the Insular Cortex (Gyrus) at the coronal plane of the human cerebrum
A public domain figure from Wikimedia (Gray717-emphasizing-insula.png)

In the cerebrum, visual information is first processed in the primary visual cortex in the occipital lobe. After that, the categories of objects are recognized through the ventral pathway in the temporal lobe (the ‘what’ pathway), and the location and motion of objects through the dorsal pathway in the parietal lobe (the ‘where’ pathway) [O’Reilly 2016].  Auditory perception is also known to have a similar pathway distinction.

It is hypothesized that loops starting from the prefrontal cortex, going through the basal ganglia (BG) and thalamus, and going back to PFC play an important role in decision making [O’Reilly 2016].  It is thought that reinforcement learning occurs in BG with signals coding reward prediction errors.  The decision making in this circuit is not believed to be subject to conscious access.  In decision making, there are findings that the alternative that has the maximal time integral support is chosen [Agarwal 2018].

The Role of the Hippocampus

Besides, even if conscious access influences decisions, there is no need to assume “free will” or “homunculi” there.  Conscious access discussed here is a large-scale phase transition of a neural network that determines the following activity of the neural system deterministically (or stochastically).  Processes occurring before and after conscious access are not necessarily accessed to consciousness either. Attention (automatic attention) is an example of a subconscious process before conscious access [Dehaene 2014][Koch 2017](Chapter 4).  In attentional processes, neural mechanisms such as SN detect salient patterns and increases neural activities for those patterns. In the case of vision, attention is accompanied by subconscious actions (i.e., saccades) directing the gaze. When an attentional activity is elevated sufficiently, competes against the activities of other parts, and wins, it leads to conscious access.

After conscious access, if a policy to the situation has already been learned, decision is made as a routine.  If a policy (routine) is not available, long-term memory (including episodic memory) would be searched to access non-routine action options with representations added by conscious access.  Among non-routine options, that which is evaluated as the most appropriate is executed. Here, the process would be automatically performed as well. Also, task processing with working memory may involve routinization (e.g., [O’Reilly 2006]) and may not be for conscious access.  Processes that would require working memory such as parsing and solving certain familiar tasks are not for conscious access and its verbal report are also difficult.

The passive consciousness model [Maeno 2005] claims that consciousness evolved to generate episodic memory.  The representation of an episode or situation would be obtained by extracting and compressing highly relevant pieces out of perceptual information.  The information sent from higher-order perception areas to the hippocampus, which generates episodic memory, is thought to be highly abstract, coding where and what objects are.  It is further converted by the hippocampus to “sparse” representation that serves as an index for the situation [O’Reilly 2016]. Such information compression is reasonable, for, if you try to make a (machine) learning system to learn high-dimensional data such that the system cannot tell which dimension should be focused, learning fails due to the “curse of dimensionality.”  Thus, extracting salient objects with conscious access would benefit learning. The extracted perceptual pattern of the object would be marked as useful by emotion (value) circuits and further registered in long term memory with indexing and replay in the hippocampus.  For the relationship between prefrontal cortex and hippocampus, see [Simons & Spiers 2003]. For the relation between consciousness and the hippocampus, see also [Behrendt 2013].

Since the consciousness of events and the possibility of its verbal report are often treated similarly for human beings, conscious access and language should have an overlapping mechanism. The passive consciousness model cited above assumes that the function of consciousness is to generate episodic memory.  The representations of episodes and language should both be composite representations at a higher-order or conceptual level. Besides, in the expression of linguistic functions (as well as in that of many other cognitive functions), the frontal cortex and parietal lobe (+ the upper temporal lobe), assumed to belong to CEN, show simultaneous activity (e.g., see Fig. 10.2 in [Deacon 1999]).

In this article, the relation among conscious access, decision making, and large-scale networks in the brain are explored.  Here, the author presents a hypothesis based on the survey (Fig. 3).

Figure 3: Networks of Conscious Access and Decision Making
Conscious access is the phase transition of attention to a particular object occurring between PFC and the parietal lobe.  The information of objects sequentially accessed consciously is bound near the hippocampus and becomes episodic representation.  Episodic representation is later recalled and used by long-term memory access from PFC for decision making.

In this survey, there remain issues yet to be resolved.  With regard to task performance, no decisive finding or detailed model on the relationship between CEN, conscious access, working memory, and task switching tasks was found.  As conscious access is necessary for tasks such as discrimination, those to combine routine processing “strategically”, verbal reports, findings and models of the mechanisms to carry out them, to elucidate the issues on conscious access and decision making. Modelling conscious access and the generation of episodic representation is also an important subject, as episodic memory influences decision.

While it is an interesting problem whether conscious access occurs during introspection where DMN is at work, no conclusive finding was found in this survey ([Dehaene 2014] does not explicitly mention CEN either).  See [Song 2008] for an extension of the theory of Dehaene et al. to DMN. Note that “avalanches” seem to occur during non-CEN activities as well [Shriki 2013].

Passingham, R.E. & Wise, S.P. (2012), The Neurobiology of the Prefrontal Cortex Anatomy, Evolution, and the Origin of Insight, Oxford University Press.

Dehaene, S. (2014) Consciousness and the Brain: Deciphering How the Brain Codes Our Thoughts , Viking.

Nagahama, Y. (2005) The cerebral correlates of different types of perseveration in the Wisconsin Card Sorting Test. Journal of Neurology, Neurosurgery and Psychiatry, 76(2), 169–175.

This article was made possible with funding from the Kakenhi project “Brain information dynamics underlying multi-area interconnectivity and parallel processing.”  The author also thanks members of Project AGI and Dwango AI Laboratory for their useful comments.